Quantum Coherence is a concept that will revolutionize the way we look at health potential and disease prevention. In fact, quantum coherence is related to the body’s ability to enable photons to work synergistically and collaboratively to organize biological processes. When the state of coherence is lost for any reason, the biological system can enter into a positive entropy state, losing its organization and balance, which enables the appearance of diseases and symptoms in the physical body. Therefore, Quantum Coherence can be used to explain the organizational capacity of chi (vital life force energy), as well as to assess health potential; in other words, the more coherence, the greater the capacity to rejuvenate and regenerate one can expect.

Quantum Biology recognizes that there is some kind of informative field capable of maintaining order in more complex biological systems. This level of maintenance capability is found in syntropy, which is the tendency of all living things to reach higher levels of energetic output and consequent transformation. Consequently, developing access to subtle energy through consciousness techniques such as Pro-Consciousness Meditation could be a game-changer to reharmonize a more coherent biofield.

Increasing biofield coherence is possible because the blueprints of the vital body can give form and organization to biological functions. Our thoughts and feelings can affect the meridians, the morphogenetic fields, and the correspondent organs. For example, negative mental states can generate a quantum state of decoherence, which creates imbalances in the vital and physical bodies. In fact, if there is no quantum strategy to increase quantum coherence, the approach will have limited results such as only addressing symptoms, no matter what we do to try to fix the physical body. On the other hand, a real preventive approach would be to maintain a constant influx of coherent energy through an open ecosystem entangled with the quantum field.

According to Bonilla (2008), “Intention manifests itself as an electric and magnetic energy producing an ordered flux of photons. Our intentions seem to operate as highly coherent frequencies capable of changing the molecular structure of matter. For the intention to be effective, it is necessary to choose the appropriate time.” (1)

A Quick Reset of the Biofield is an application of this principle and illustrates how it is possible to access a more efficient level of information that restores and harmonizes the morphogenetic fields. The sequence of the meditation states and the use of these words – “I choose compassion… I feel love…” – set up the perfect synchronicity for resetting a meridian that has been disharmonized by a negative intention.

According to Taoist medicine tradition, the meridians involved in this process are called the “Marvelous Vessels” and are true optical fibers through which the lasers of the meridians run. These vessels are locally related to the physiological level, the central channel, cerebral gray matter, and spinal white matter and fluid, and their energy is able to move up and down in a spiral manner (see Quick Reset of Biofield). The four pairs of “Marvelous Vessels” carry eight condensed emanations into the eight “Kouas.” Kouas are real subtle energy reservoirs that recharge the meridians at certain times or energy tides. According to Taoist medicine, Marguerite de Surany (2), and quantum physics, these vessels or smart paths have a nonlocal nature.

de Surany (1996) states that the eight Kouas or Trigrams of Taoist philosophy are important aspects in the study of Subtle Anatomy because all the meridians, or quantum optical channels, are recharged by these energy reservoirs, which represent energetic emanations of zero-point energy fluctuations and are located in the white matter of the spinal cord. These reservoirs are also information repositories or scalar-morphogenetic fields that inform the energetic and physiological processes. This insight represents a true quantum model already known for millennia by the ancient Chinese.

The Atomic Heart represents a quantum model formed by the four bigrams and eight Kouas or Trigrams of the I Ching, energetic and archetypal patterns that act directly on the spine. Therapeutic work with Marvelous Vessels through Consciousness Acupuncture, Quick Reset of the Biofield, and Pro-Consciousness Meditation using the Vogel-Cut Crystal Wand and sacred geometry such as the Flower of Life Halo is capable of promoting Quantum Coherence and higher health potential. Undoubtedly, it is possible to access a more efficient level of information that restores and harmonizes the morphogenetic fields.

In conclusion, living systems are essentially open systems that maintain continuous exchanges of energy and matter with the environment. Survival is based on a process known as negative entropy. When a system has enough negative entropy, it can maintain an ordered and organized state. Further, if the state of negative entropy is continuously refurbished and negativity is contained by strategic meditation, rejuvenation and regeneration can be achieved. This state of planning negative entropy is related to the phenomenon of Quantum Coherence that is the next step in medicine: Pro-Consciousness Medicine.

Therefore, the management of stress through health parameters scaled with digital smartphone technologies is essential and complementary to meditation techniques (see above) in order to acquire a level of negative entropy sufficient to not only survive but thrive even until an advanced age. 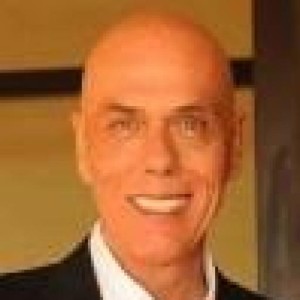 Dr. Drouin has explored and successfully integrated aspects of alternative natural healing practices and evaluation techniques with conventional medicine to provide the best outcome for his patients, dedicating his life to the promotion of natural health, the prevention of disease, and to bringing a greater depth and understanding to Creative Integrative Medicine. Conscious Healing – Chapter 1: An Introduction to the Extraordinary Healings at Quantum University Innate Intelligence Becoming Aware of Itself