According to Sarah Thomas with The Upper Clarity School of Stone Medicine, crystals make the intangible realms tangible [1]. Using stones and crystals, we can interact with higher frequency dimensions outside of the physical space-time reality. The crystals hold frequencies from our consciousness and the quantum field, including sound, prayer, thoughts, and intentions, and then crystallize these vibrations into form and structure in this three-dimensional reality. The crystal lattice stores the high frequency consciousness vibration and transmits it into the quantum field, where it is amplified holographically to magnetically gravitate resonating electromagnetic frequencies to manifest your desired outcome in the current space-time reality [2].

The Liquid Crystal Quantum Sensor is a cholesteryl ester-based sensor that can detect subtle energy and the powers of consciousness. Crystallographer, Marcel Vogel, first developed this liquid crystal sensor to detect subtle energy during meditation and visualization. During an experiment with intense visualization, intention, and meditation, Marcel Vogel imprinted an image of the Virgin Mary holding baby Jesus (Figure 1). This was the first direct demonstration of the power of consciousness using a liquid crystal sensor. The Science of Liquid Crystals

The Liquid Crystal Quantum Sensor is composed of cholesteroyl esters, which are rod-shaped chemical molecules that self-assemble in a uniform way. These molecules crystallize into layers along their long axis, which then self-assemble to form vertical helices (Figure 2) [4]. The crystallized layers of cholesteroyl ester molecules absorb energy from thermal heat, which causes them to rotate and change their pitch, or the angle between adjacent molecules in the vertical helix. This shift in pitch produces a measurable change in the wavelength of light that is emitted from the cholesteroyl ester liquid crystals, which can be used to detect the presence of quantum energy, such as intention, visualization, meditation, and subtle energy from crystal technology. Figure 2. Changes in helical pitch in response to absorbing quanta of energy creates a detectable shift in light wavelength emission.

Cholesteric-phase liquid crystals contain molecules aligned in layers rotated with respect to one another (Figure 2). The rotation angle from one layer to the next increases with temperature, so the distance between layers with the same orientation, called the pitch, decreases with temperature. The helical structure selectively diffracts light according to the Bragg’s Law modified by Snell’s Law,

where λ is the reflected wavelength, n is the mean refractive index, p is the pitch, and θ is the angle with respect to the surface. Compressing the malleable liquid crystalline phase changes the spacing between molecules, which alters the reflected color. The wavelength of reflected light can be measured as the liquid crystal undegoes phase transitions in response to absorbing quanta of energy.

Quantum Experiments with the Liquid Crystal

Now, it’s time to experiment, and the more creative your hypothesis and experimental design, the better! So, how will you test your powers of consciousness? 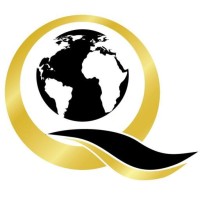